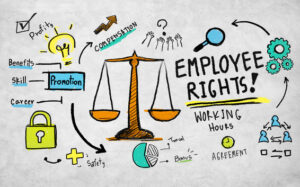 If you have not been paid for overtime you worked, you may want to contact the unpaid overtime lawyers at Miller, Hampton, & Hilgendorf today. Under the Fair Labor Standards Act, employees who work more than 40 hours in a workweek are entitled to receive overtime pay valued at time and half the employee’s hourly rate. So, if you normally make $10 an hour, and work a 45-hour workweek, you should receive $15 per hour for the 5 hours you worked in excess of a 40-hour workweek.

Companies may sometimes try to avoid paying workers overtime either by misclassifying employees as independent contractors, or claiming that workers are exempt from overtime pay when they are not exempt. While employers are not required to pay overtime for Saturday, Sunday, and holiday work, if this type of work results in you working more than 40 hours a week, you might be entitled to receive overtime pay. In general, if you are a blue collar worker, manual laborer, construction worker, or laborer, you should be entitled to receive overtime pay for every hour you work over a 40-hour workweek.

Which Workers are Exempt from Overtime Pay?

Workers who are exempt from overtime pay tend to be managers, executives, and individuals with specialized degrees or training. In general, if you are a blue collar worker or a manual laborer, you should be covered under the time and a half rule. If you have worked overtime, but were told by your employer that you are exempt from being paid time and a half, you may be entitled to seek damages for your losses and compensation for your back pay. Miller, Hampton, & Hilgendorf are unpaid overtime lawyers in Louisiana who can review your situation and fight to help you get the pay you may deserve.

What’s My Unpaid Overtime Claim Worth?

Miller, Hampton, & Hilgendorf are unpaid overtime lawyers in Louisiana who can calculate your unpaid overtime claim. If your employer failed to keep track of your hours, our unpaid overtime lawyers can help you calculate what your claim might be worth. The easiest way to calculate how much you might owe is to begin with your base hourly salary. In Louisiana, employers are required to pay you the federal minimum wage, which is $7.25 per hour. (If you are being paid less than this per hour, you may also have a minimum wage claim.) To calculate your unpaid overtime, calculate how many hours of overtime you may have worked per week. Overtime is defined as any time worked over a 40-hour workweek. So, if you worked 45 hours a week on average, and your hourly salary was $10 an hour, you would be entitled to receive $15 per hour for the five additional hours you worked every week. If you were unpaid for over time for a year, this could add up to thousands of dollars in unpaid overtime. For some workers, the amount of money they are owed in unpaid overtime is even more significant. If you believe you might be owed unpaid overtime, contact Miller, Hampton, & Hilgendorf, an unpaid wage law firm in Louisiana today. Our firm can calculate how much money you might be owed and we can take steps to help you fight back.