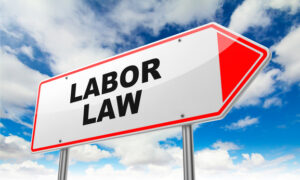 Miller, Hampton, & Hilgendorf is an unpaid overtime law firm in Baton, Rouge Louisiana that fights for the rights of workers. Most workers are entitled to receive time and a half pay for overtime they work. Under the Fair Labor Standards Act, employees who work more than 40 hours in a workweek are entitled to receive time and a half their regularly hourly rate. This means that if you normally receive $20 an hour for work, and work 45 hours in a given week, you would be entitled to receive $30 an hour for the 5 hours you worked overtime. Unfortunately, some employers may take steps to try to avoid paying workers overtime. They may misclassify workers as independent contractors, or they may claim that a worker is exempt from receiving overtime pay. While some workers are indeed exempt from receiving overtime pay, in order to qualify, you must be a salaried worker and fall into the legal category of exempt workers. Another way employers may try to avoid paying workers overtime is by requiring employees to work off the clock. Finally, some employers may pay workers a “day rate” to try to avoid tracking hours and therefore avoid paying workers overtime.

If you have been told that you are an independent contractor or that you are exempt from overtime pay, protect your rights. Consider speaking to Miller, Hampton, & Hilgendorf, an unpaid overtime law firm in Baton Rouge, Louisiana today. Our attorneys can review your situation, help you understand whether you are an exempt or non-exempt worker, or determine if you’ve been misclassified. If you are entitled to overtime pay, Miller, Hampton, & Hilgendorf are unpaid overtime lawyers in Baton Rouge, Louisiana who may be able to fight to help you get the wages you might deserve under the law.

There are several ways companies might try to avoid paying workers overtime in Baton Rouge. If you have worked overtime but have not been paid time and a half, there are several methods your company might have used to avoid paying you the wages you may deserve. These are not the only ways that companies sometimes avoid paying workers overtime. So, if you think you might be owed back pay for overtime hours worked, consider reaching out to Miller, Hampton, & Hilgendorf, an unpaid overtime law firm in Baton Rouge, Louisiana.

Most blue collar workers are not exempt from receiving overtime pay. If you believe you were improperly classified as exempt, consider speaking to Miller, Hampton, & Hilgendorf, an unpaid overtime law firm in Baton Rouge, Louisiana.