What Are My Rights When Stopped by a Police Officer?

You are here: Home / Uncategorized / What Are My Rights When Stopped by a Police Officer? 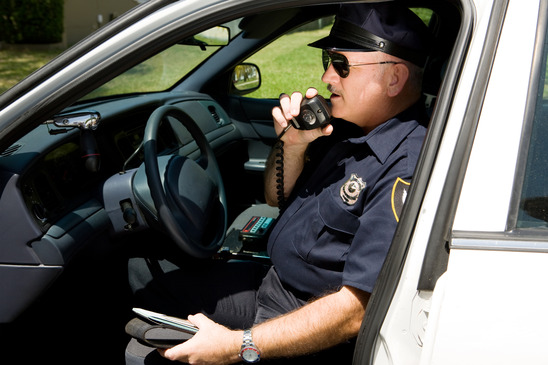 While it is true that police officers in Baton Rouge have certain rights in which they can exercise when they deem necessary, we must not forget about the rights we have as citizens of the United States. Unfortunately, many people today are either uninformed of what their rights are, have a brief understanding of them, or are too scared to exercise them when they encounter a police officer. And the truth is, they have a valid reason for being scared.

As unfortunate as it is, some police officers today abuse their rights and take advantage of the power they have to violate individuals who attempt to invoke the rights they hold. This has led to multiple arrests being made for unwarrantable reasons and even police brutality cases developing. And while it can be intimidating when pulled over by an officer of the law, it is important that you familiarize yourself with what your rights are and contact a Baton Rouge, LA criminal defense lawyer if you believe they are ever violated by an officer.

What are my rights exactly?

After being pulled over by an officer, you may be required to provide your license, registration, proof of insurance, and even identify other information about yourself, but you aren’t required to provide a statement to police [Source: Britannica]. However, that doesn’t always mean the situation will work out in your favor.

USA Today highlighted details from a case involving a man from Texas who was backing his vehicle up in a hotel parking lot. The man claimed that while he was parking his vehicle, an officer activated his emergency lights and then approached the vehicle asking for license and registration. The man provided the officer with the documents and was then asked, “about what he had been doing before the stop.” When the male declined to answer, the officer called for backup and demanded the male exit his vehicle. The male had no reason to believe that he was required to do so, and therefore he didn’t, but the officers “lost all patience and pulled him out of his car and pinned him on the pavement.”

The male was handcuffed and jailed and released the next day. The charges were dropped although he did wind up filing a lawsuit against the officer for “roughing him up”

USA Today highlighted another case, this time, involving an attorney who was pulled over on suspicion of speeding. After providing officers with the documents requested, she chose not to answer when the officer asked her if she knew why she was pulled over. This led to officers yelling at her, arresting her, and throwing her in jail. She was later released, and the charges were dropped, however “she suffered the dignity of an arrest and a brief stay in jail.”

Now, despite whether an officer has probable cause, they may still try and convince an individual that they must allow them to search their vehicle and/or belongings even when they have no right to do so. The fact is, as well versed as you may be on what your rights are, officers have ways of getting around those rights, even if it means violating them, to coerce you into doing something you don’t have to do. And although this may lead to you spending a few hours in jail, you still have the right to retain a criminal lawyer to defend you, helping you get your charges dismissed and your name cleared.

To find out what other rights you have and what you should and shouldn’t do after being stopped by a police officer, contact the LA defense attorneys at Miller, Hampton & Hilgendorf who can provide you with this information.

While we are all encouraged to speak up and defend the rights we hold, never do you want to become forceful or combative with an officer or engage in behavior that will likely lead to them applying force. The truth is, while we can’t stop an officer from making an arrest, even if they have no probable cause to do so, we can take legal action once the paperwork is processed and you are given the opportunity to contact a lawyer.