Baton Rouge, LA: Are You Facing Racial Discrimination At Work?

You are here: Home / Uncategorized / Baton Rouge, LA: Are You Facing Racial Discrimination At Work? 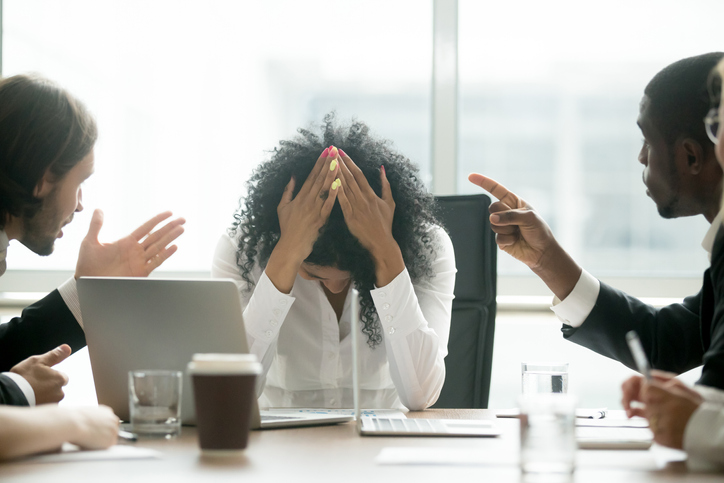 The Law Regarding Workplace Discrimination

According to the U.S. Equal Employment Opportunity Commission, “race discrimination involves treating someone (an applicant or employee) unfavorably because he/she is of a certain race or because of personal characteristics associated with race.”

All individuals are protected from racial discrimination in employment by Title VII of the Civil Rights Act of 1964 and the Equality Act of 2010, which defines discrimination as the “unwanted conduct related to [race], which has the purpose or effect of violating an individual’s dignity or creating an intimidating, hostile, degrading, humiliating or offensive environment for that individual.”

Employees are protected by law from discrimination, but unfortunately, many employees still face discrimination at work. Do you ever feel like your workplace has contradictory characteristics? That you go to HR orientations and are presented with handbooks that seem to promote a discrimination-free workplace, but then your reality as an employee means you face discrimination? This is extremely unfair but extremely common.

Workplace discrimination can come from a coworker or your employer and can manifest in ways such as:

Discrimination can also result in emotional harm and psychological trauma. You have the legal right to go to work without fearing discrimination or suffering the monetary or emotional damages that can follow discrimination. Your employer is responsible for providing you a discrimination-free workplace. If that’s not happening, we’re here to make things right. The attorneys at Miller, Hampton, & Hilgendorf can help you pursue a claim against the responsible parties and get the compensation and justice you deserve!

How to Prove Your Employer Was Discriminating Against You

If you believe you have a discrimination case in Baton Rouge, Miller, Hampton, & Hilgendorf can find the evidence that you:

We can examine your employer’s documented communication, workplace records, statements from witnesses, and many other sources to find evidence that proves you were discriminated against.

We’re Here For You

Sometimes, proving a discrimination case can be tricky. Taking legal action against your employer can feel intimidating. But our legal team is prepared to support you and fight for you every step of the way!

We have taken on some of the largest companies in the Baton Rouge area and we are equipped to fight for your rights too! Contact us at 225-343-2205 or online.